Up the California Coast

Up the California Coast

As soon as we finished the major electronic navigation systems overhaul & sealing the windows, we were packing up to sail the boat up the coast. There were three legs: (1) Dana Point to Santa Barbara (Charles & Nora), (2) Santa Barbara to Santa Cruz (Charles, Brennan, Evin, Nathaniel, and Taryn), and (3) Santa Cruz to Berkeley (Charles & Diana). I was only able to go on the first of the legs because I had to get back to work. 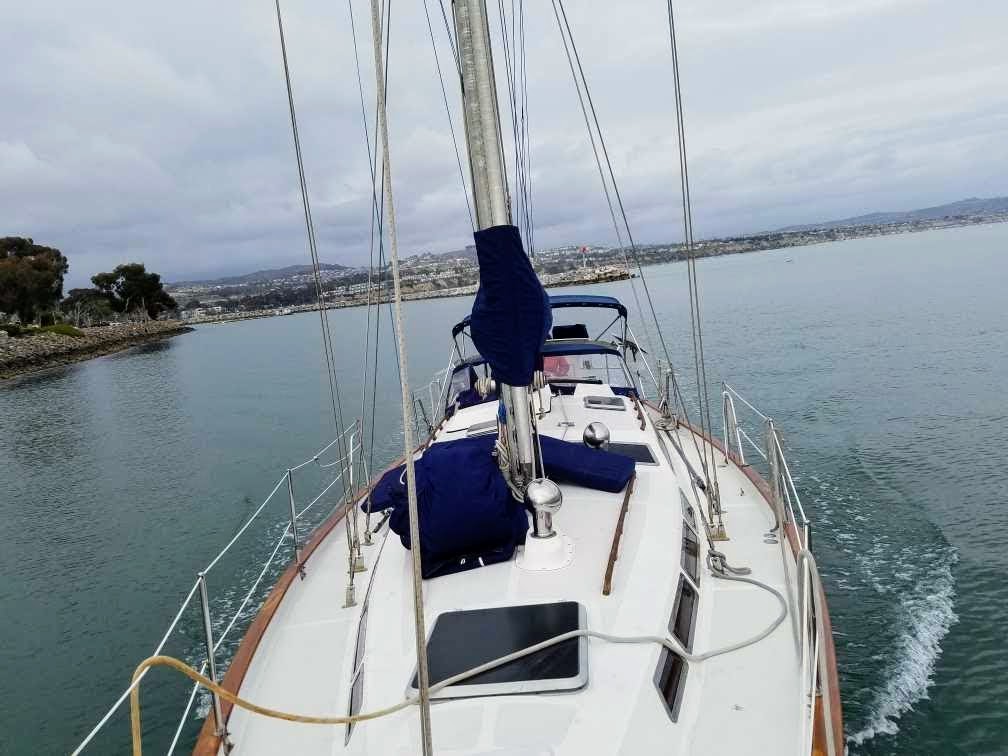 The night before we left Dana Point, Terry and Lisa took us out for dinner overlooking the marina. They are so wonderful, and it was really a treat to get to spend that extra time with them. We woke up very early the next morning, around 5 a.m., and got ready to get on the water. Preparations went smoothly, we input our course into the GPS, and motored off the dock. Once we got around the point, we started to examine the boat and test our systems. 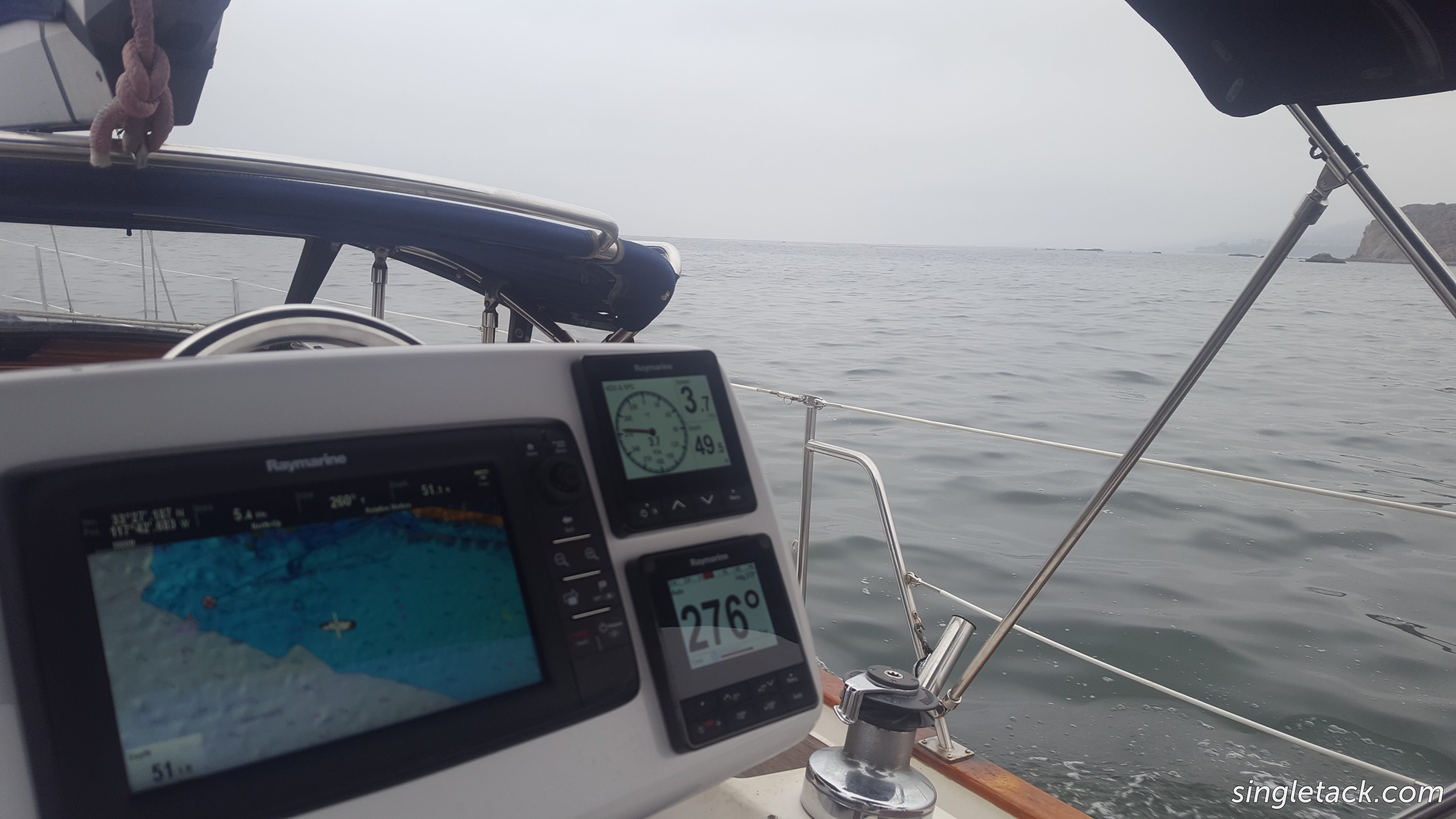 We turned on auto-helm, even though one of us stayed on deck at all times, and were so excited to see that it was correctly keeping our course. After a few minutes, we started to notice a thump-thump-thump coming from where we mounted the autohelm. We looked at it from above (using the very helpful aft locker that looks into the steering column) and from fore (using the very helpful opening at the back of the quarterberth). The existing wood box that we mounted on did not have enough bolts in it, so one corner was lifting and slamming every time there was a course correction. 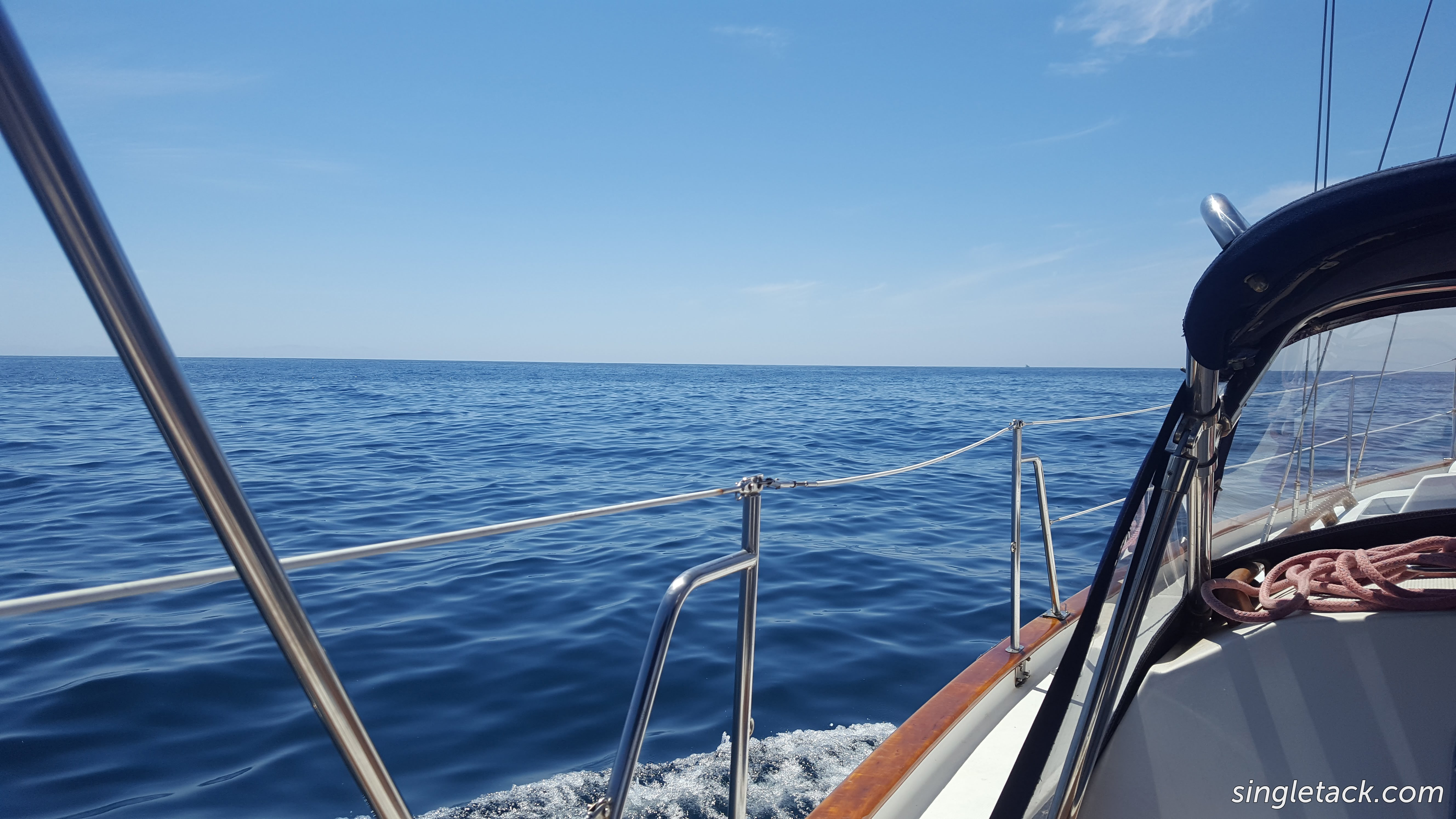 We turned off autohelm immediately, and I stayed on deck while Charles worked down below. It took about 2 hours, since we were not using power tools. When we wrapped that up, it was time for breakfast, and then we got onto our normal shift schedule.

Over the course of the day, we had light wind and good visibility. A shark ran into the boat! Over the afternoon, the wind and waves rose, but it was still reasonably gentle. We played cribbage with dinner, then Charles started his 4 hour watch around 8 p.m. while I got some sleep. 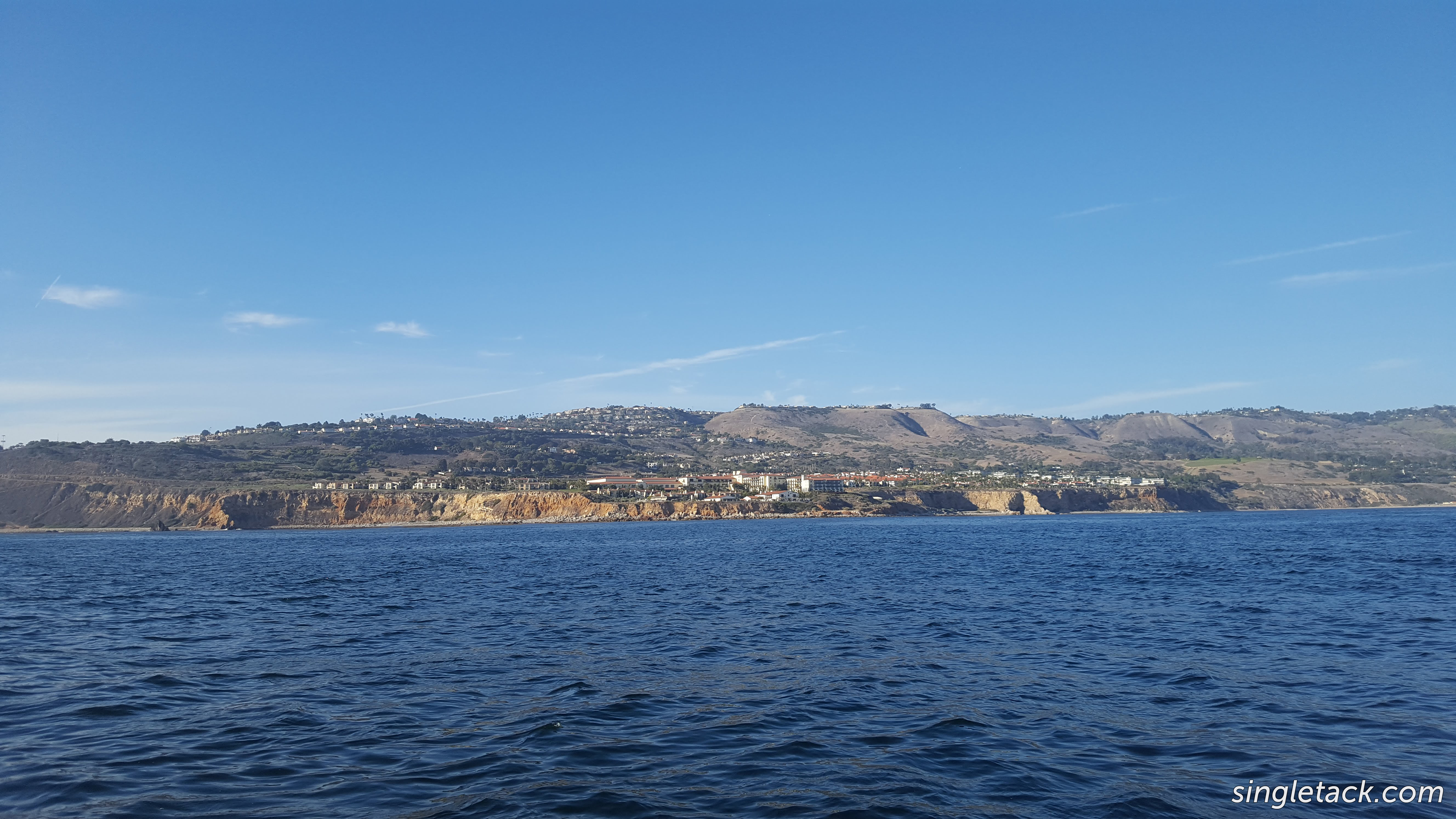 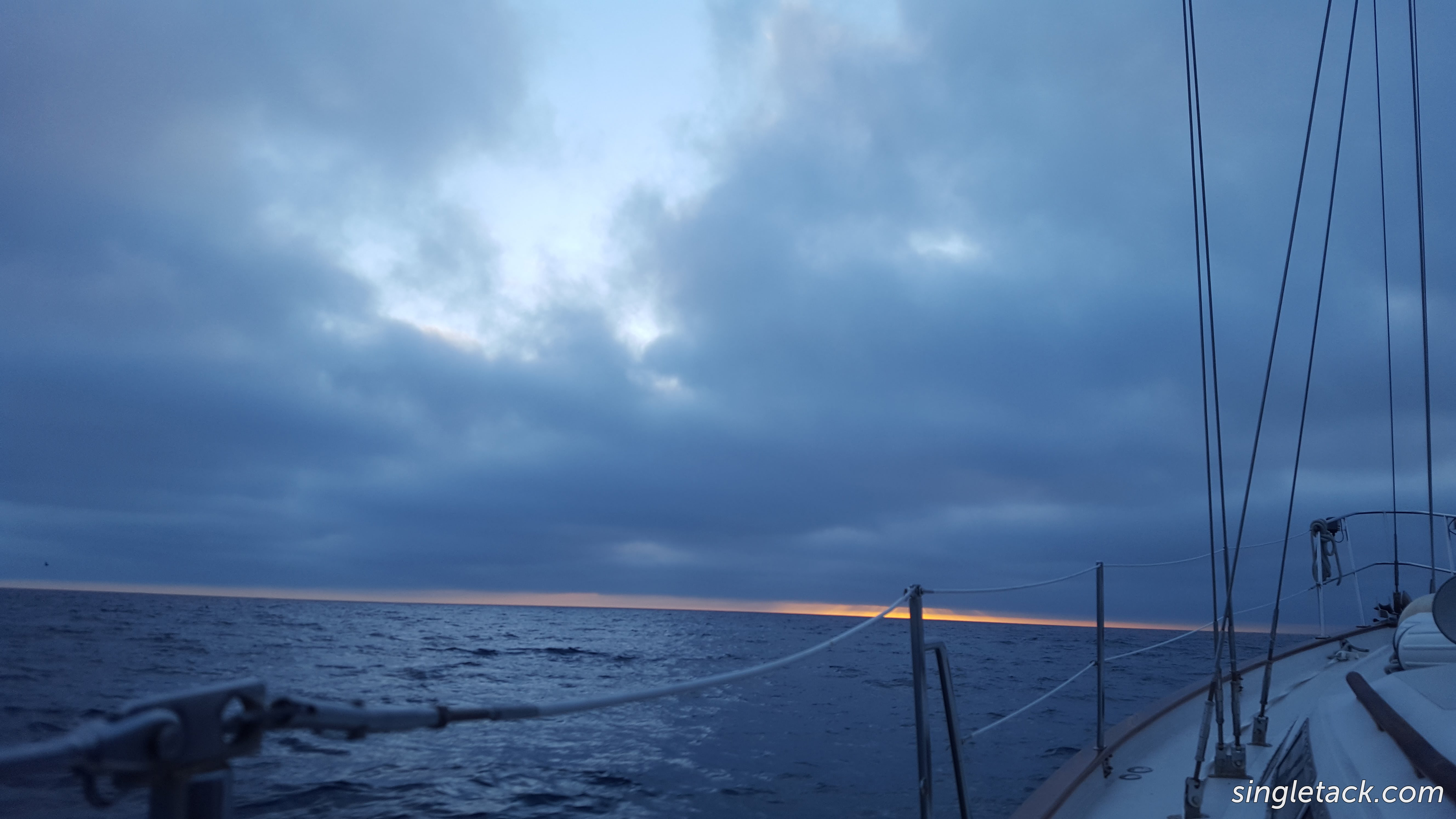 He saw bio-luminescence, in the water, fuel and bilge looked fine, but about an hour in realized that the battery was reading dangerously low. He spent the next few hours troubleshooting, but it seemed that the inverter was not passing power from the engine to the batteries.

When I started my watch around midnight, Charles debriefed me on the battery, course, and all other information. Midnight to 4 a.m. was a beautiful shift, despite being sleepy. The batteries continued to be a concern, and I tried to troubleshoot but had no more success than Charles. The clouds cleared around 2 a.m., leading to spectacular stars. We slept on deck to be quickly available to each other.

Other than the ongoing battery concern, the rest of the trip was uneventful and peaceful. We arrived at Santa Barbara Harbor to check in around 9:30 a.m., and were docked with the engine off by 10:30. It was our first solo docking, and I got a hair too close to a piling – which cracked the mount for a solar panel. 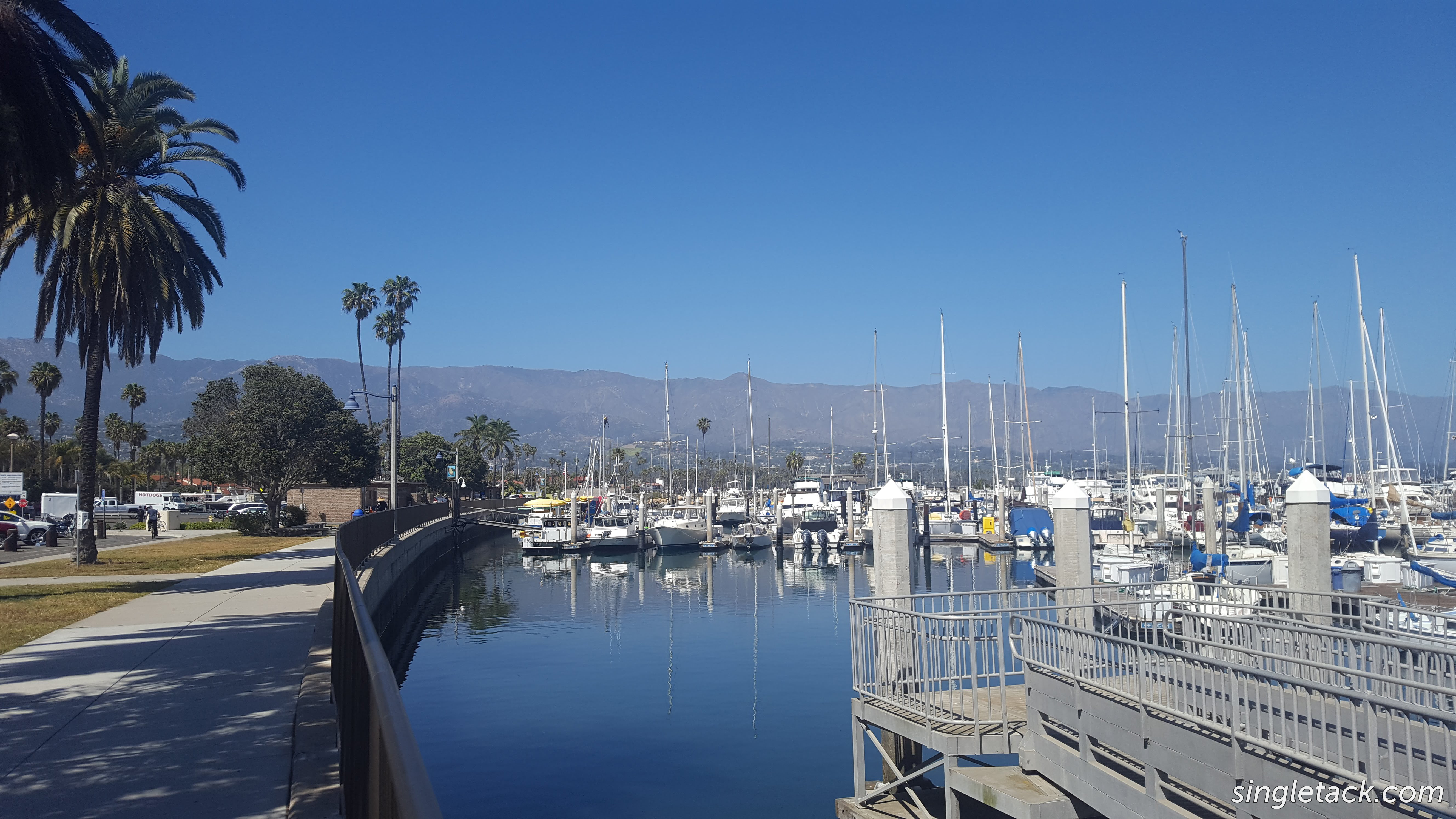 Santa Barbara was absolutely gorgeous. Warm but not so hot that we could not work, clear, and the harbor is located walking distance from everything you need. There was a grocery store about 10 minutes away by foot, several restaurants and fish markets in the harbor, a West Marine for repairs and replacements, and the shower facilities were not too bad either. 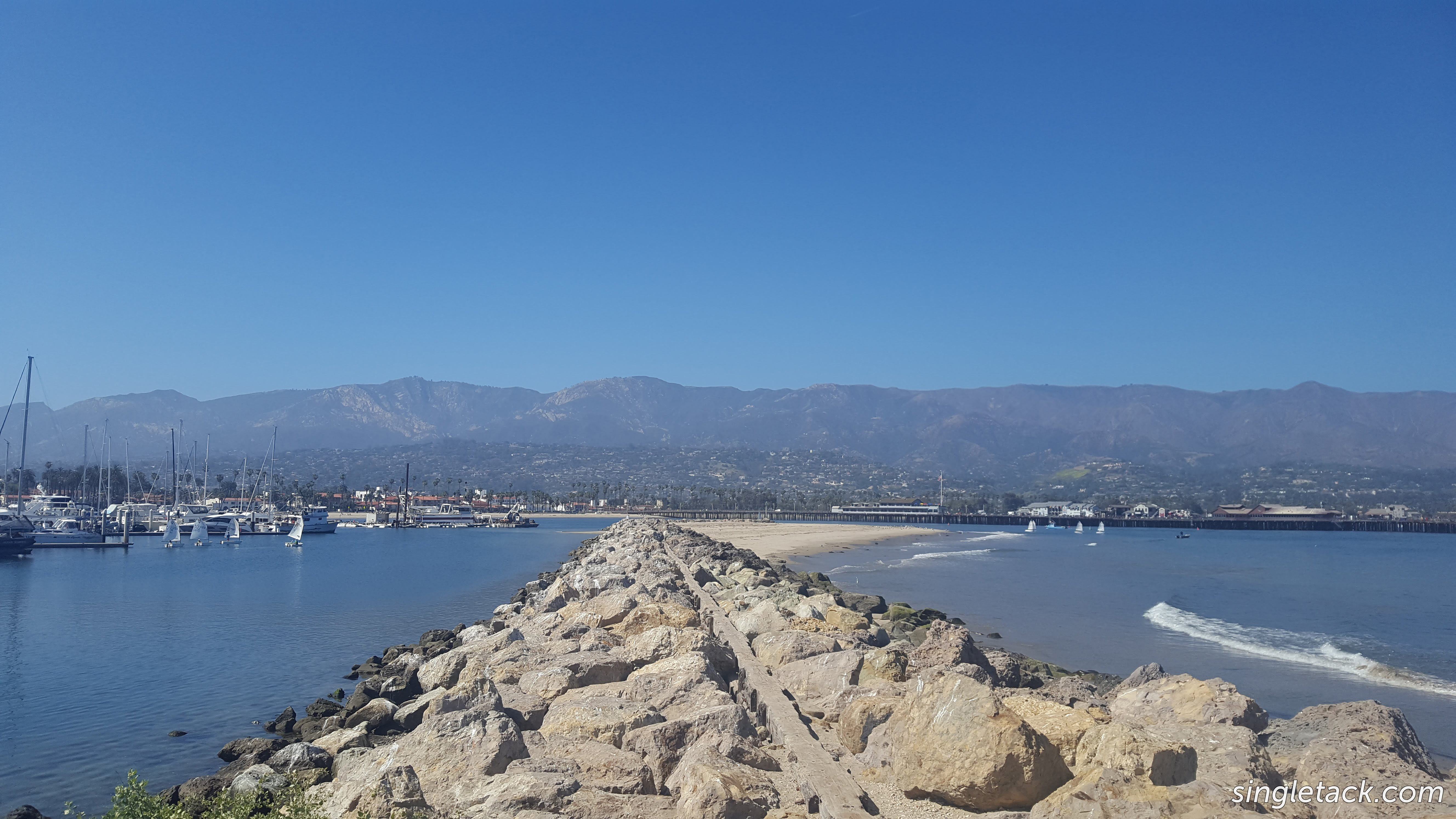 We had a fantastic local electrician come to the boat – Irish, fast talking, and reasonably priced. He came in to diagnose why the batteries were not charging, spent 30 minutes looking at everything he could get his hands on, and did not find anything conclusive. He gave excellent advice, telling us that we were clearly working too hard, and just needed a little break to bring clarity. He recommended heading to Breakwater for the ice cream.

When we got back, we tried a few more things with the engine, and discovered that the key needed to be in the forward position (“accessory”) in order to charge the batteries! It was a huge relief to diagnose that, and feel like we could once again rely on our engine for electrical power. 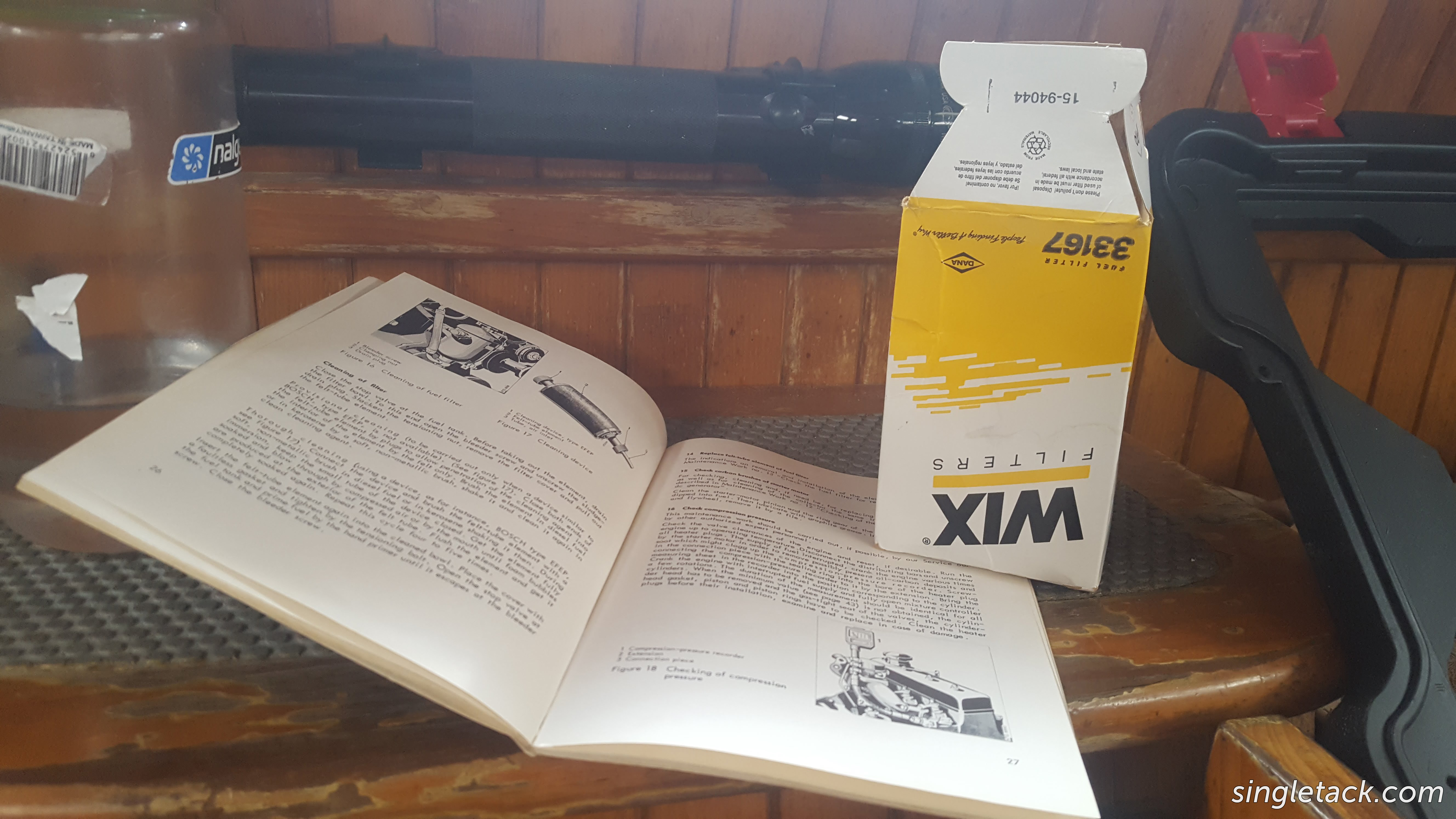 Our brief period in Santa Barbara was overall pretty blissful. Good food, great weather, plenty of places to take walks, beautiful sunsets, and some visits from old friends while we waited for the crew to arrive for leg #2 to Santa Cruz. I kept hoping that we would get to leave early enough that I could come on the trip to Santa Cruz, but I had a hard work deadline to make it back for.