Visiting Napa Valley by the water is spectacular. We took a long weekend to sail to Napa – bringing our boat, our kayak, and our bicycles – and live the perfect California spring weekend.

Wednesday night, Charles and I sailed to the North Bay after work. The wind was northwesterly, which propelled us quickly and efficiently under the Richmond Bridge and over to China Camp Anchorage. We anchored on our first try, and settled in for a nice dinner and an early evening. To catch the tides and not fight too hard up the river, we planned to wake up 20 minutes before sunrise and start the trip. 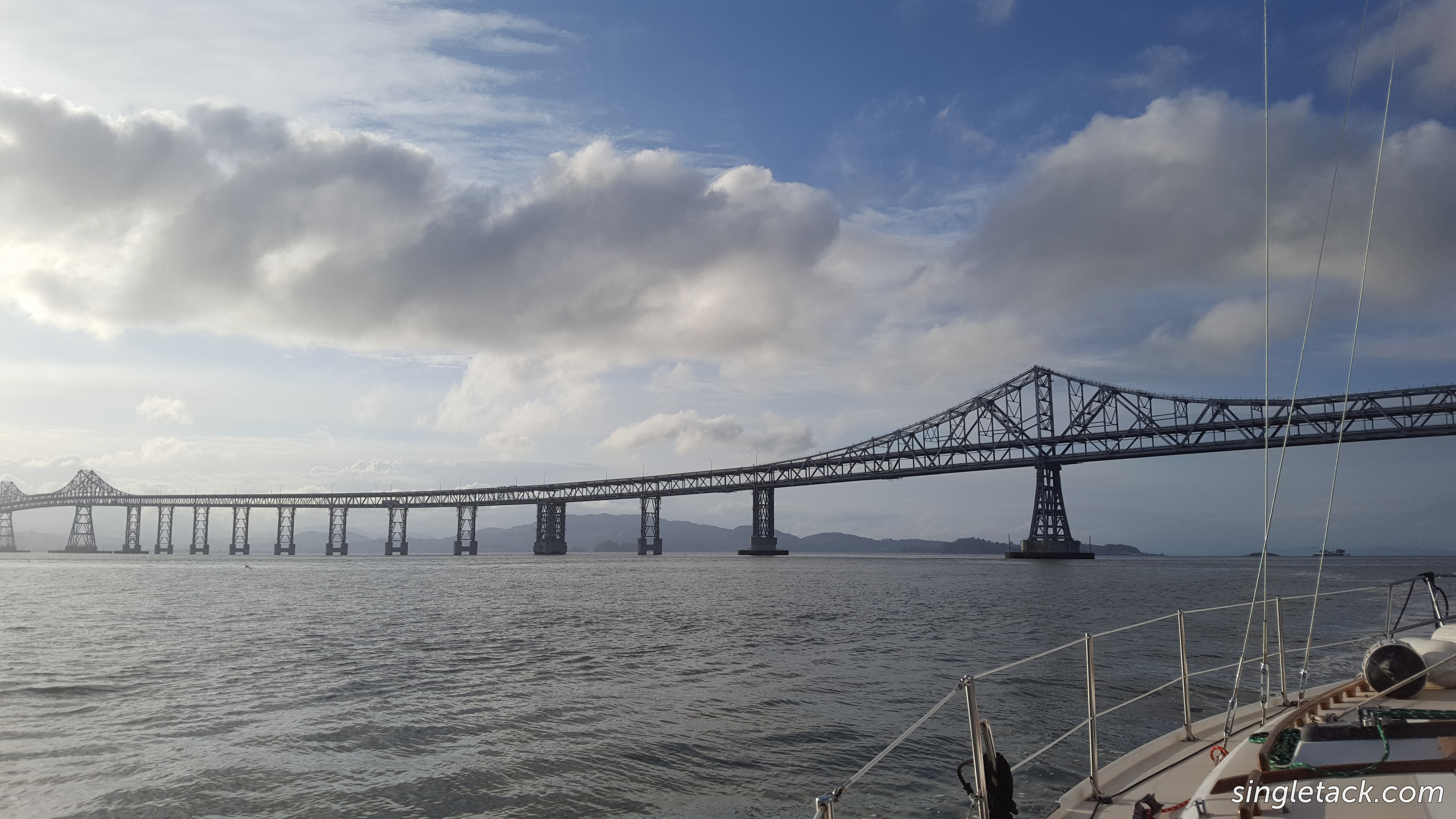 We slept on deck, which is my absolute favorite. It makes the first hint of light my alarm clock, and we woke up full of energy. We got up quickly, and pointed straight at the rising sun. I am always surprised by how long it takes to cross San Pablo Bay. The weather was calm, and fairly warm, but without a breeze.

We turned into the Napa River and radioed ahead to the drawbridge. They confirmed, stopped traffic, and raised the bridge. Without changing our speed, we motored through it. 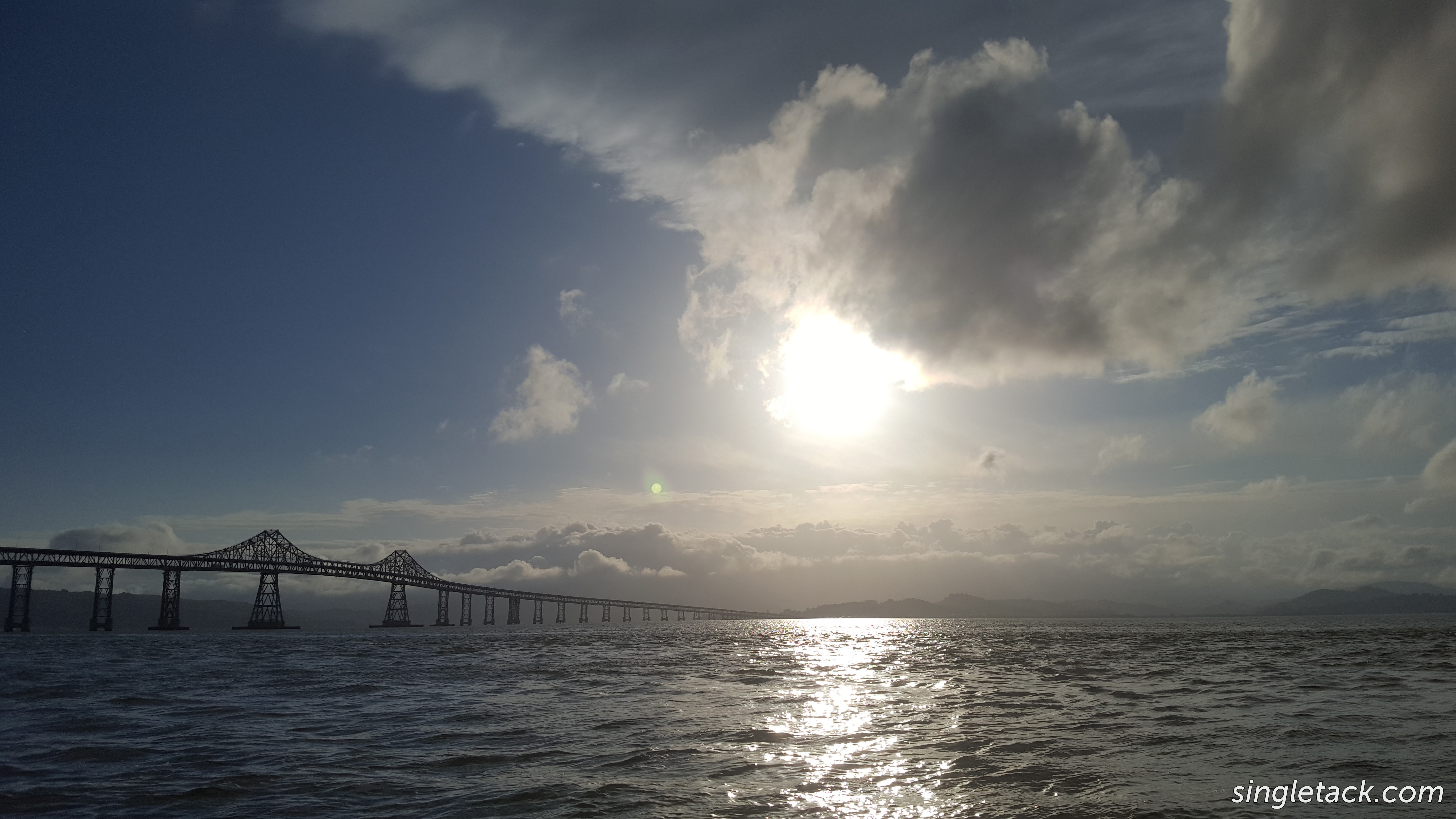 The Napa Valley Yacht Club sent directions on how to navigate the river, and Charles had the Navionix app installed on his phone. I was at the helm, and he provided navigation instructions through the river. While the river appears wide, the navigable area is quite narrow.

Why so deceptive? Starting in 2000, the U.S. Army Corps of Engineers undertook the Napa River Flood Control project. To prevent downtown Napa from flooding, the Corps widened the river in places – including “flood terraces”, where the old levee was removed. These new shoals and hazards are just barely below water level at mid-tide, and are not the soft mud associated with the rest of the Bay and Delta.

It is really important, when cruising the Napa River, to pay extremely careful attention to charts, and make sure you have the most up-to-date information. Many associations, like the Napa Valley Yacht Club, will also provide instructions for visitors, which we recommend heeding. 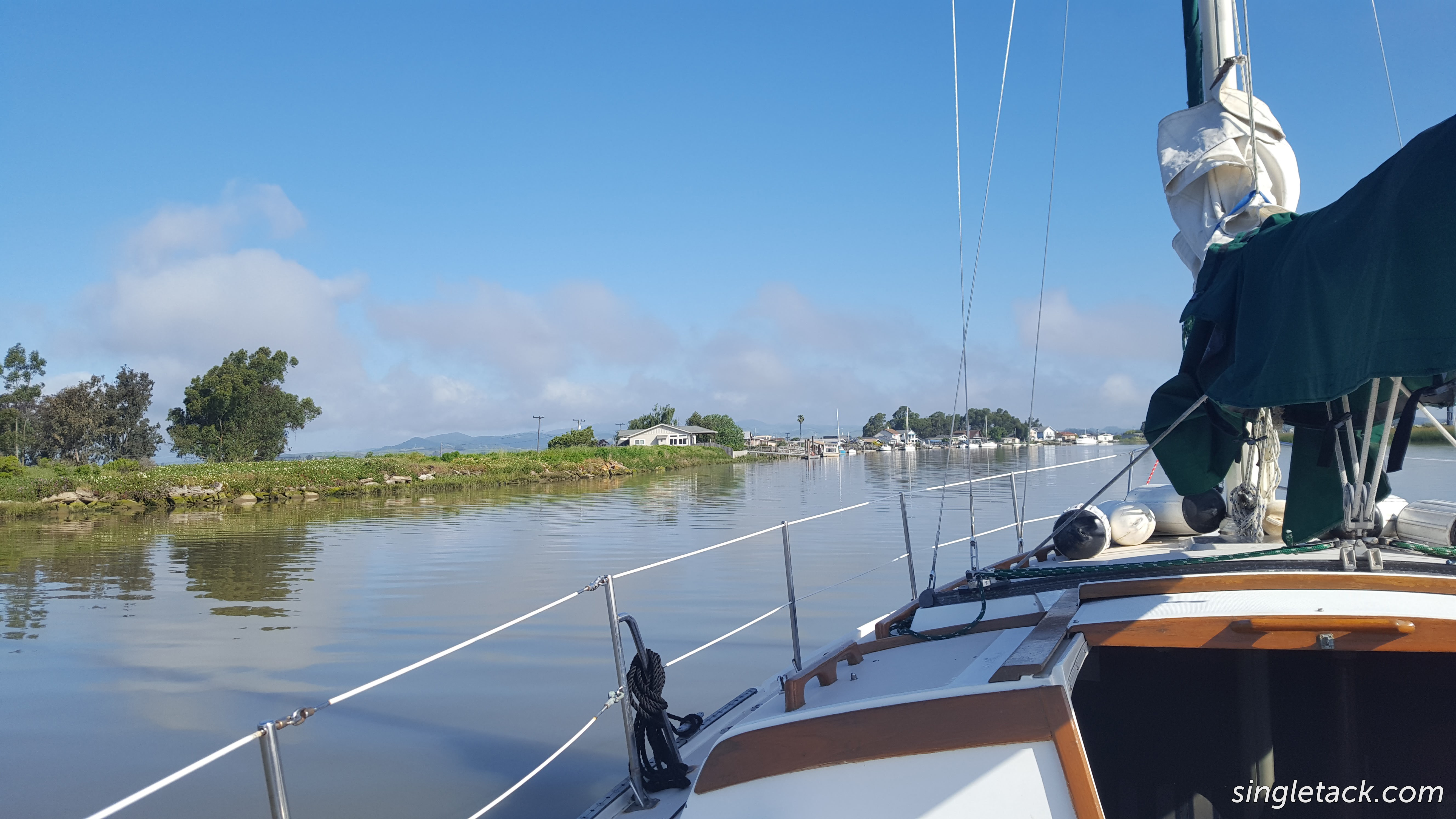 It is an incredibly beautiful trip, and we had an overall peaceful voyage. As you cruise, you slide past adorable waterfront properties, each with their own dock, a fleet of smaller boats, green fields and valleys and hills, and plenty of wildlife.

We arrived at the Napa Valley Yacht Club guest dock just before 11 a.m. Docking was a breeze, as there was nobody else on the dock. The water at the downriver side of the dock can be extremely shallow, so try to dock as far upstream as possible. It is very close to a small craft launch ramp, but we mostly saw kayaks launch from there.

It was a gorgeous day, hot but not smothering. The Port Captain checked us in and was very welcoming. There is no shower at the Yacht Club, so we were extremely happy to have made the trip on Manzanita (with shower) rather than Duende (sans shower). 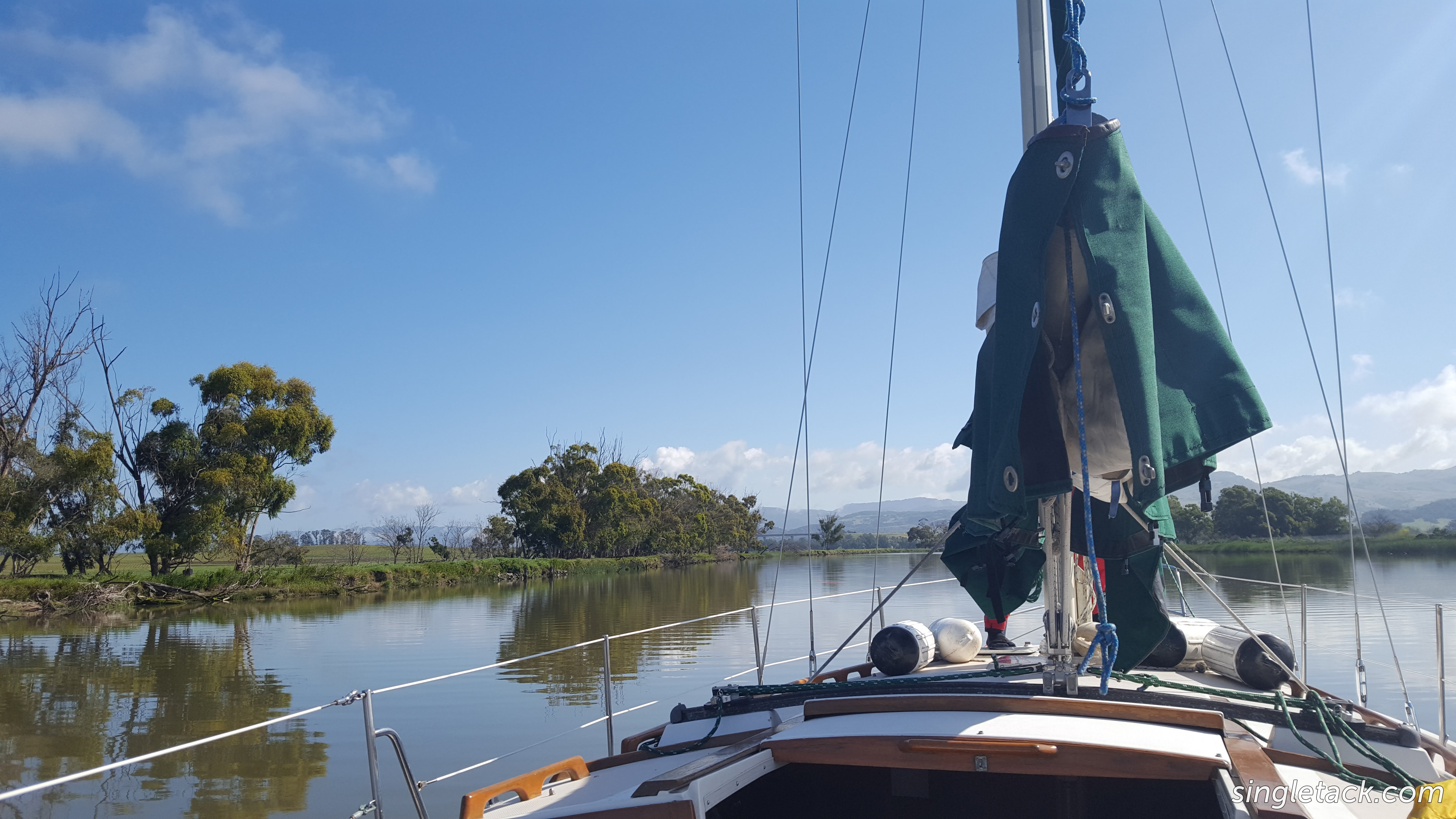