When a Dorade Box Fails

When a Dorade Box Fails 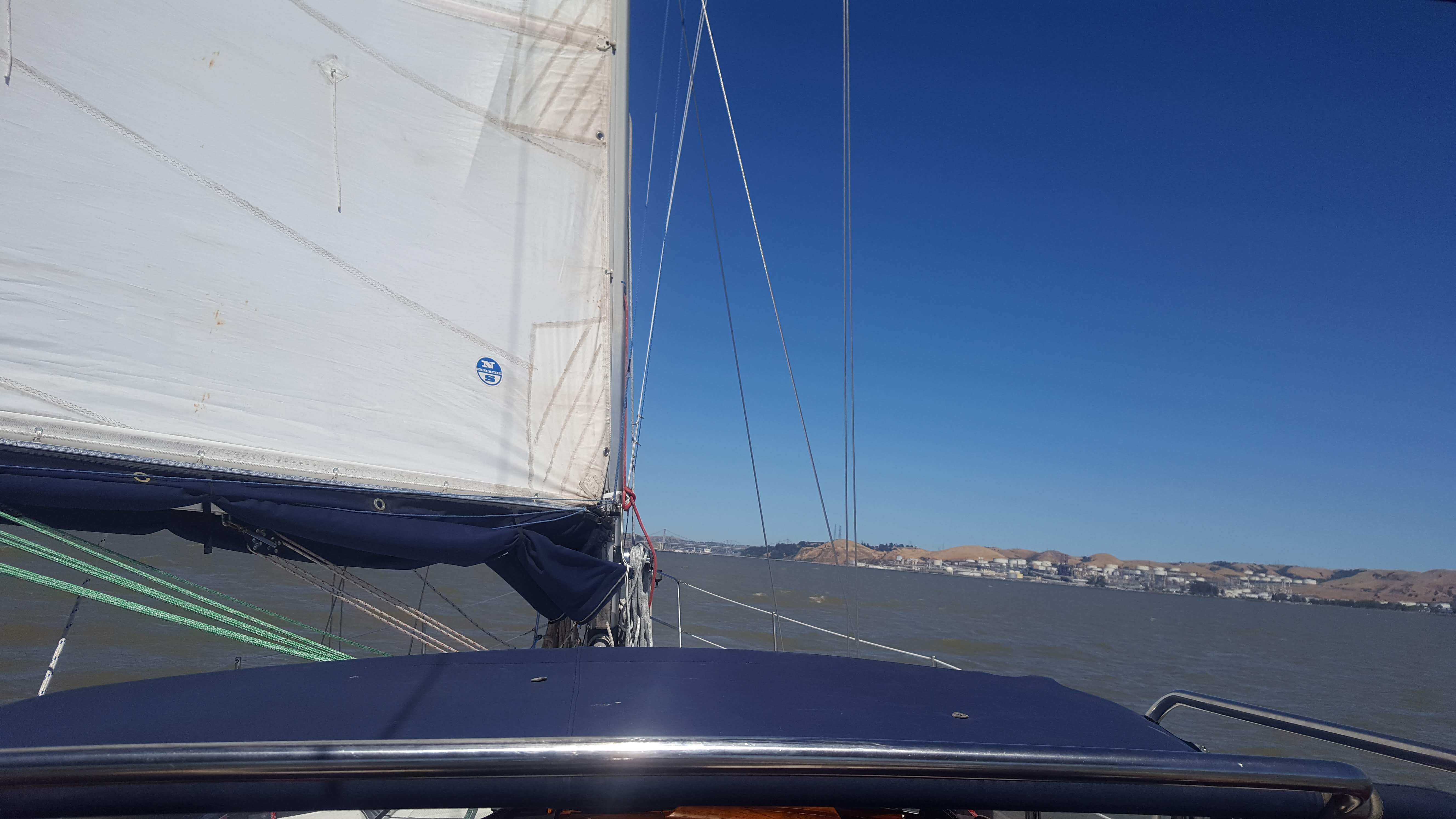 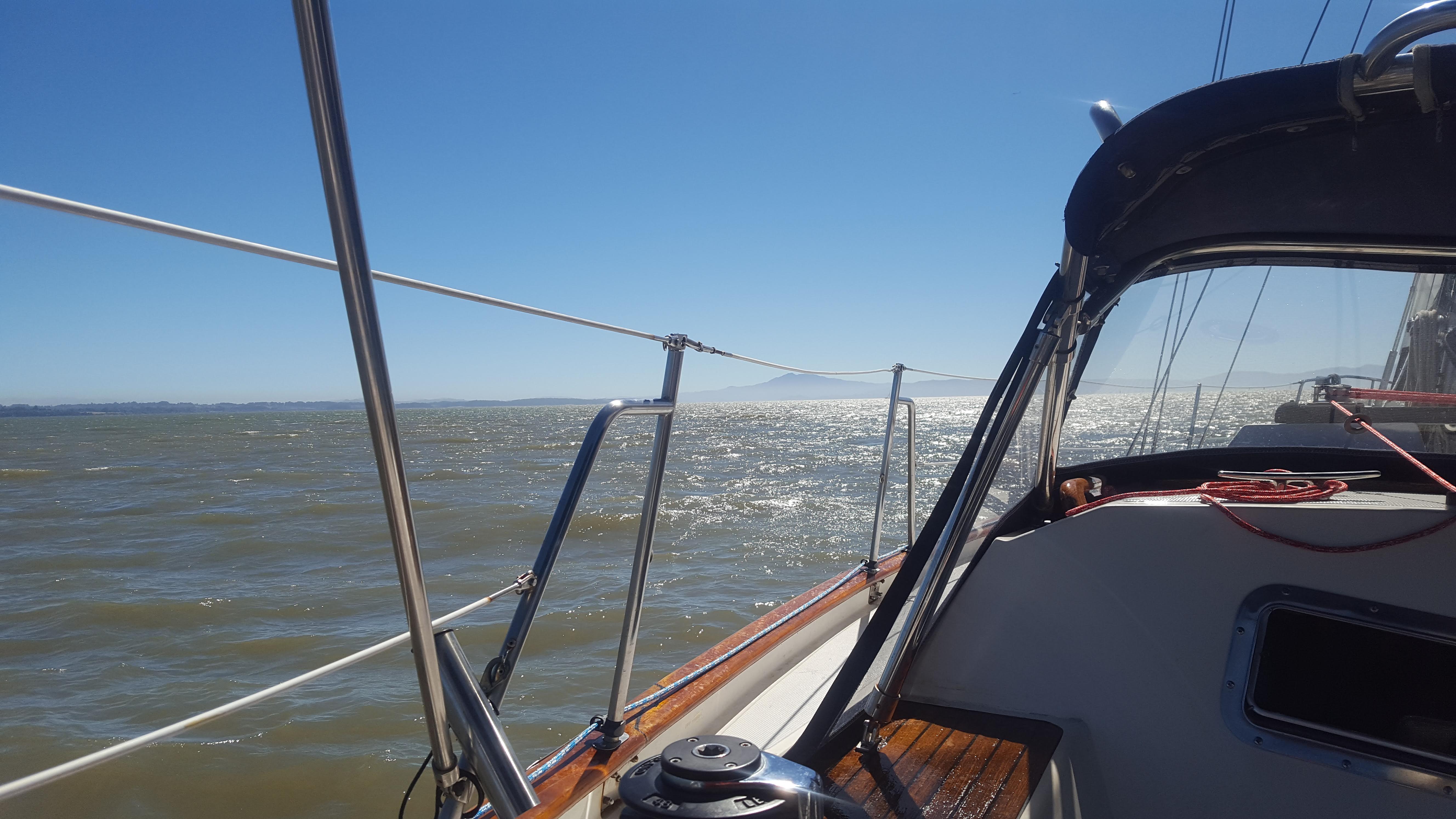 Today was our first chance to get some new friends, Jaci and Dan, out for a sail. We had no specific plans, except to see how far we could get on a single tack, and then go from there.

It was a gorgeous day. A little foggy over the City and the East Bay, but it also meant that the air was fresh. We left the marina at 11:45 a.m., set our sails to the wind, and headed north-west.  The farther west we moved, the more we were in the fog – but as we got farther north, we could see the sun waiting for us.

Our single tack brought us all the way under the Richmond Bridge! We adjusted sail positions a few times to keep an ideal course under the bridge. We saw kayakers out by Red Rock, harbor porpoises fishing the tideline, and plenty of birds.

When we started to lose wind, we changed tacks and headed toward the Carquinez Bridge. We got out some lunch and enjoyed the speedy sail across San Pablo Bay. While we were interested in sailing under it, the afternoon was moving along, so we turned around right at the mouth of the river.

Crossing back across San Pablo Bay was more exciting than we were looking for. Lots of short tacks, getting blown back, and just not making the headway we wanted. Still, Jaci and Dan were really helpful in hauling lines, so we made it across.

Once we passed back under the Richmond Bridge, heading south, we decided to roll up the foresail in preparation for the bigger wind in the slot. We got it most of the way rolled up, and then realized that the drum line on the roller furler did not have enough wraps around the drum to fully roll it in.

Thankful we were still in the lighter wind, we unrolled the foresail again and I went up to the foredeck. We determined how much slack we needed to reach the cockpit, and then I hand-wrapped the rest of it around the drum. I got a few wraps in the wrong direction, but found the mistake and started over. It was laborious, but nice to have done right.

Once that was done, it was time for dinner! I had made a vegan pasta salad dish that is usually really tasty, but I got the proportions slightly wrong so it didn’t “wow” as much as usual. At least it was hearty. 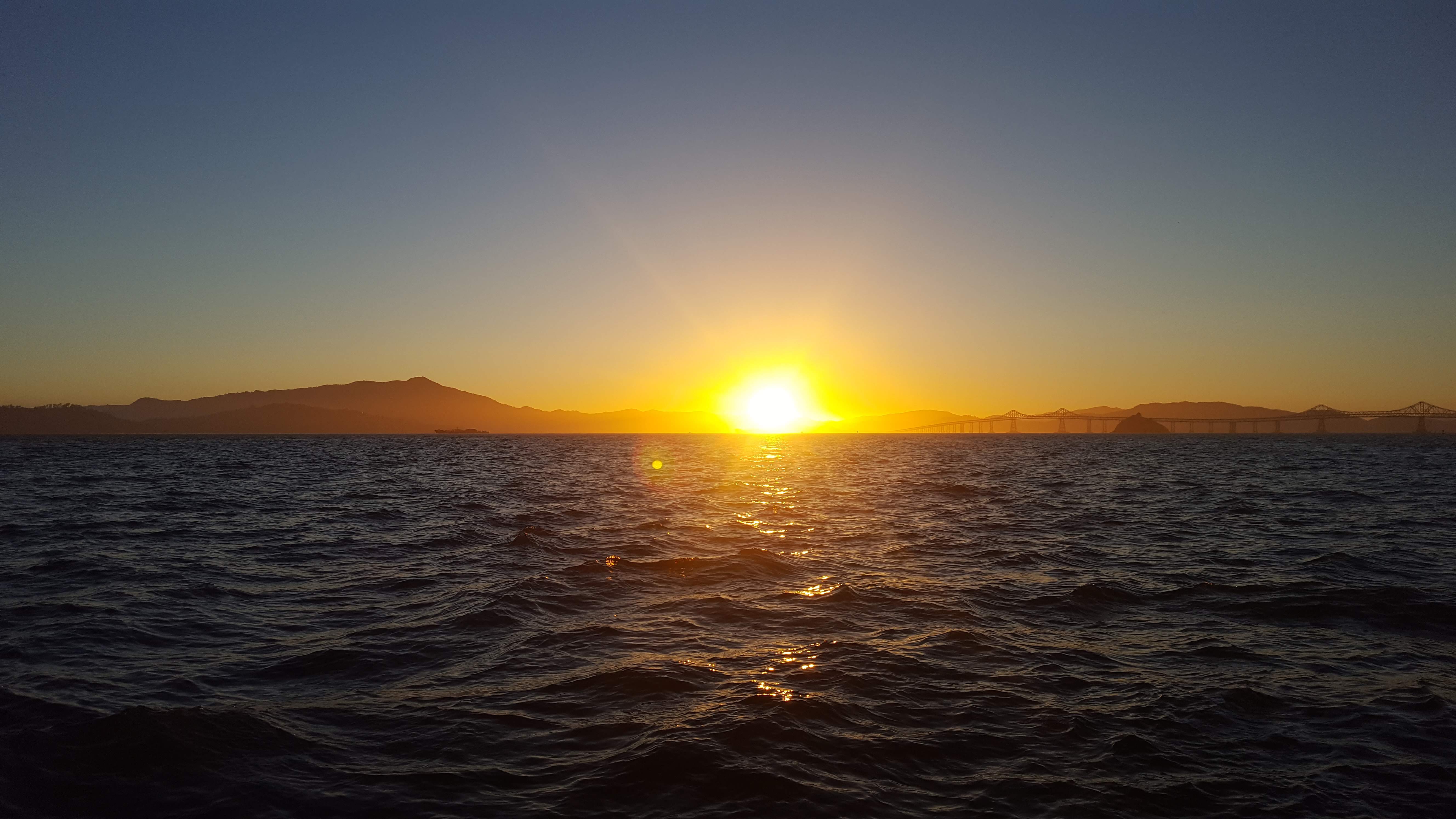 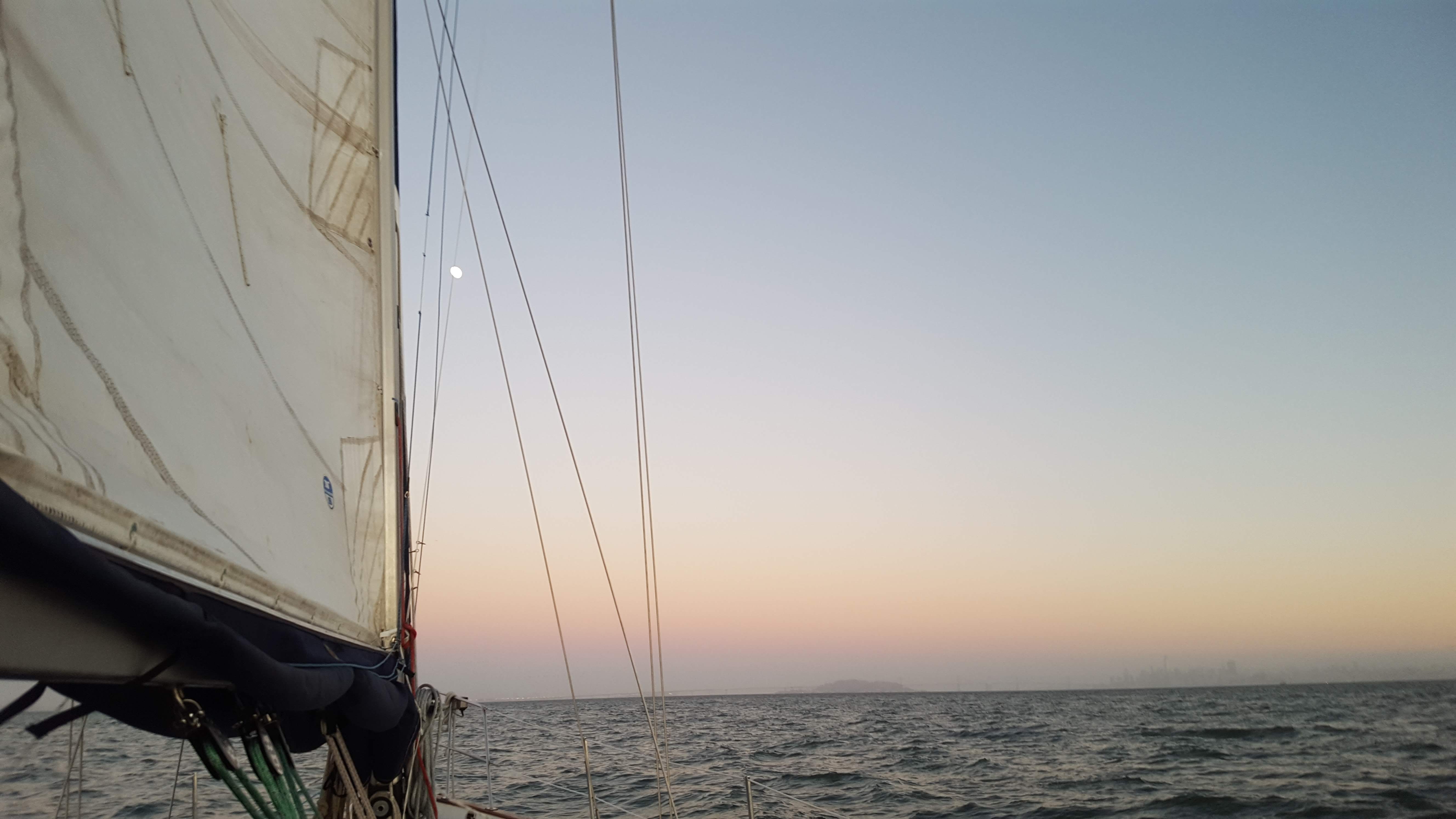 In the late afternoon, when the deck was getting particularly wet, Charles went below to do our routine checks. Inside, he saw water coming in to the cabin!

Our first instinct was that we had left a hatch open, but coming in through the head that made no sense. Charles quickly realized it was the dorade box, which has an issue in allowing water in during certain tacks / conditions.

Essentially, that renders them useless – unless you are looking for a very effective way to stub your toe or snag your lines.

I sent Charles back up to the helm, got to work cleaning up the water, and plugged the hole using a very temporary method – a towel. It did prevent any more water from getting on the floors or walls, so it worked for the day.

As soon as we can, we want to replace the dorade vents with solar fans.

The rest of the sail was uneventful, cold, and beautiful. We saw a tremendous number of pelicans, more than I have ever seen at one time, making their way east as the sun set. Around 8:30 p.m., we turned on the engine, as it was clear we would be on the water for at least another hour without it.

It was our first full day of sailing on the boat, and we underestimated how far she would go – and then how long it would take to get back. Between our navigation equipment, and our dead reckoning ability, we were able to get in easily and safely after dark. 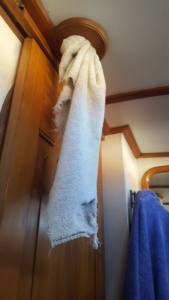