Living on a Boat in Napa

Living on a Boat in Napa

Napa Valley is spectacularly beautiful, even more so by water. When we moved our boat to Napa for a long weekend, we wanted to see as much of it as possible.

We brought our bikes and our kayak, and planned to get everywhere on foot, by bike, or in the kayak. The Yacht Club is located right across from Jack’s Bend, about a 20 minute walk from downtown Napa. It is a very quick bike cruise, and the whole town is very bike accessible, as long as you are comfortable riding around cars. 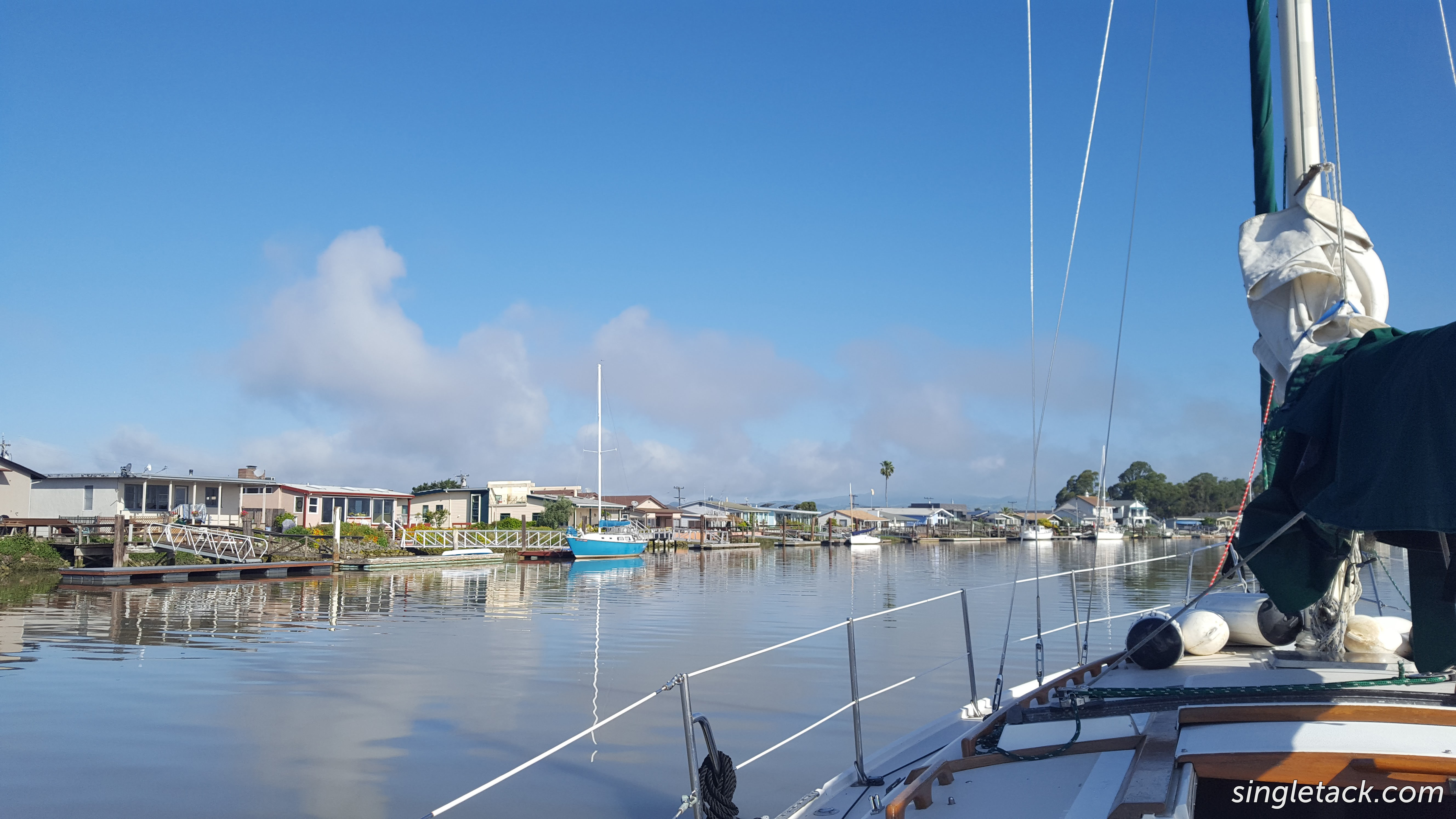 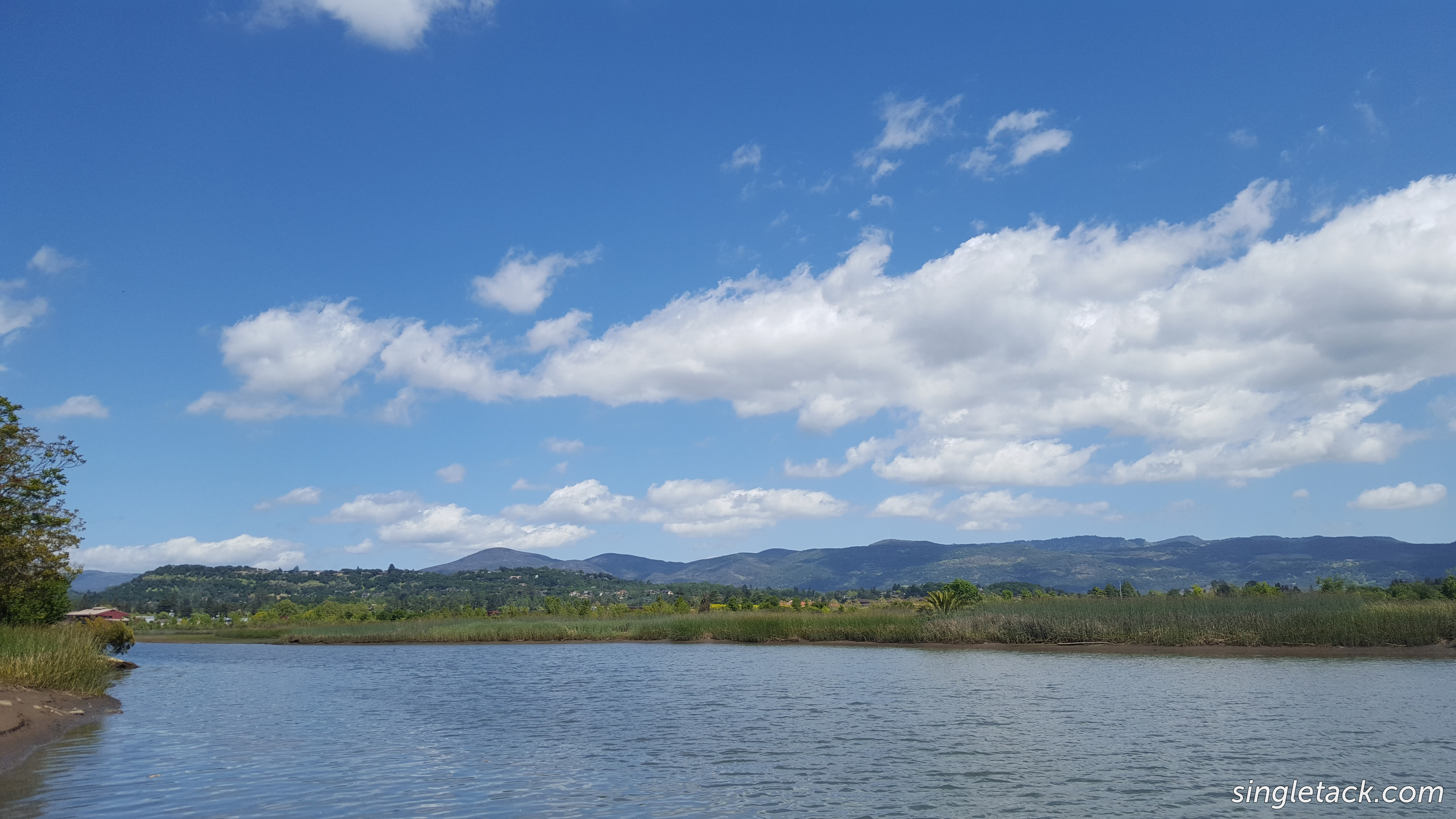 We arrived at the yacht club dock on Thursday morning, already relaxing into the warm weather. We finished our morning out slow, taking a brief nap and watching kayaks launch off the ramp. We each took a shower on the boat, as the yacht club has no showers.

We grabbed our bikes and went into town for lunch, and found a reasonable burger joint with live music, right next to the water. When the music wrapped up, we headed to a wine bar in town and tasted local wines, then biked home along the river. We stopped at a little grocery store to grab supplies for dinner, then made a light dinner at home and went to bed early. 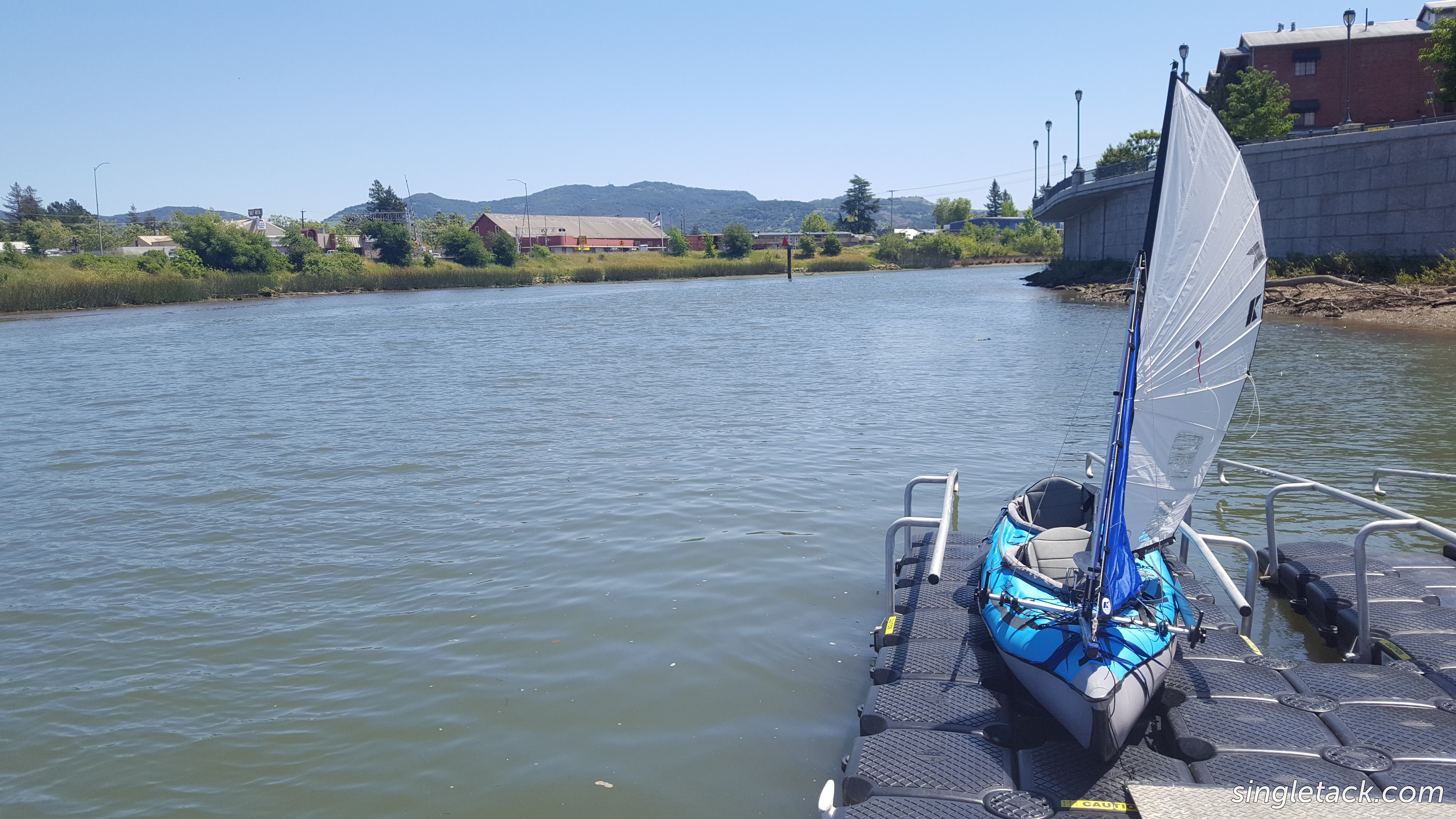 Napa is spectacularly accessible by water, so we decided to have a day of exploring via waterways. We got the kayak set up with its sail, packed enough food and water, and headed out for the day. We started by kayaking up Jack’s Bend, then floated back out and headed up river.

It was hot, humid, and the perfect day for kayaking. We had enough wind that we were getting good action off our sails, and had to do remarkably little work to move up-river.

When we got to downtown, we pulled up briefly at the boat ramp to see if the Napa Valley Welcome Center had any information or recommendations for us. They had a map, some information about how quickly the water can get shallow at certain tides, and not much else. We saw a winery that was situated right along the river, and set a casual goal of kayaking there and stopping for wine.

We kayaked around the Oxbow, taking in the wildlife, the beautiful valley views, and the cute peeks into the homes and businesses along the river. 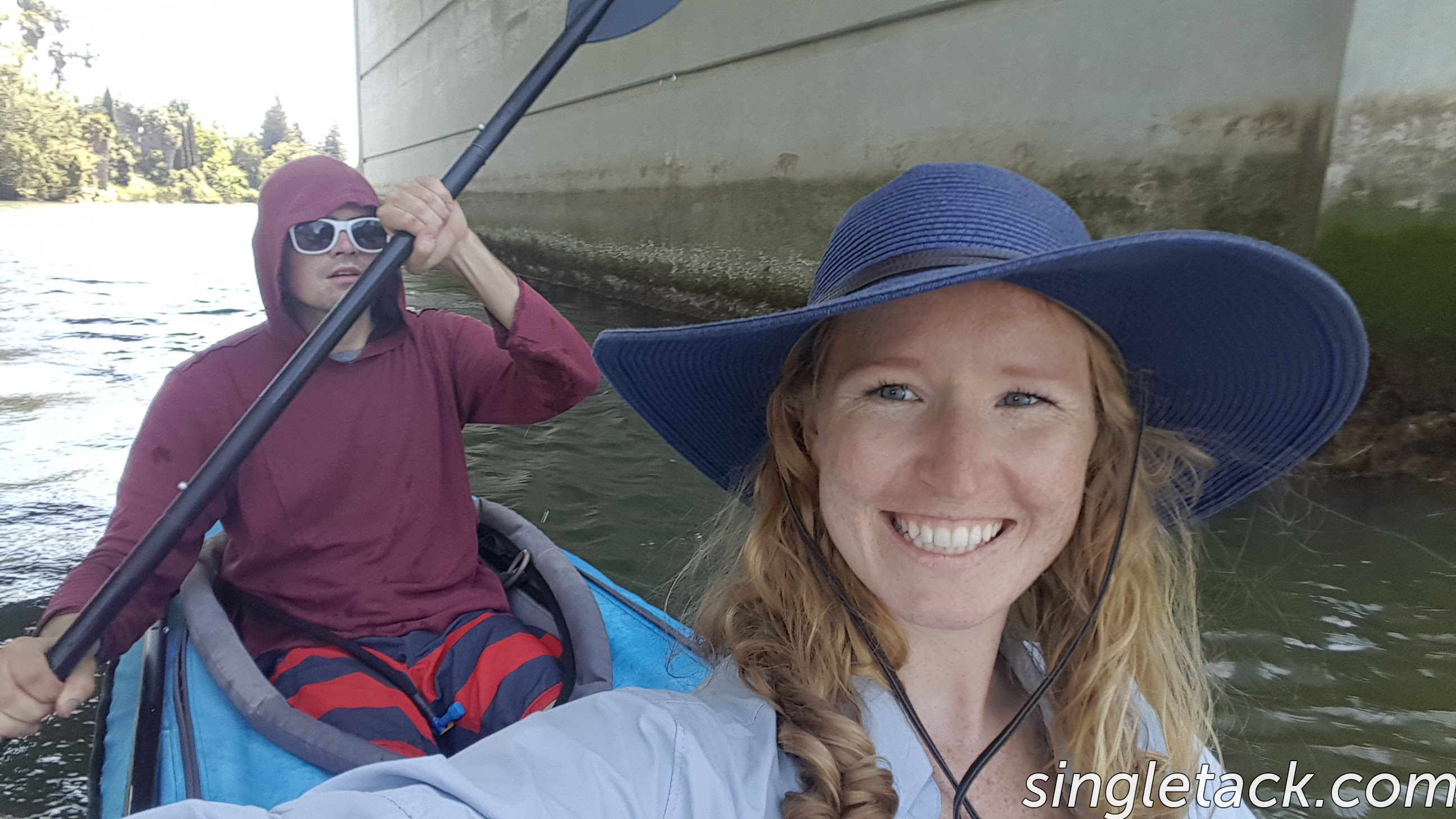 When we got back, we set up our cockpit cushions and relaxed, until we saw activity at the Yacht Club. We stopped in before the member dinner to socialize and have a glass of local wine – the yacht club has very generous pours at a very reasonable price! Everyone was really lovely and welcoming, and gave recommendations for nearby dinner options.

We went back to the boat, made a late reservation for dinner, set up a cheese plate and opened a Spanish dessert wine, and watched the sun set over the valley. We went to Zuzu for tapas, and biked home in the peaceful dark night. 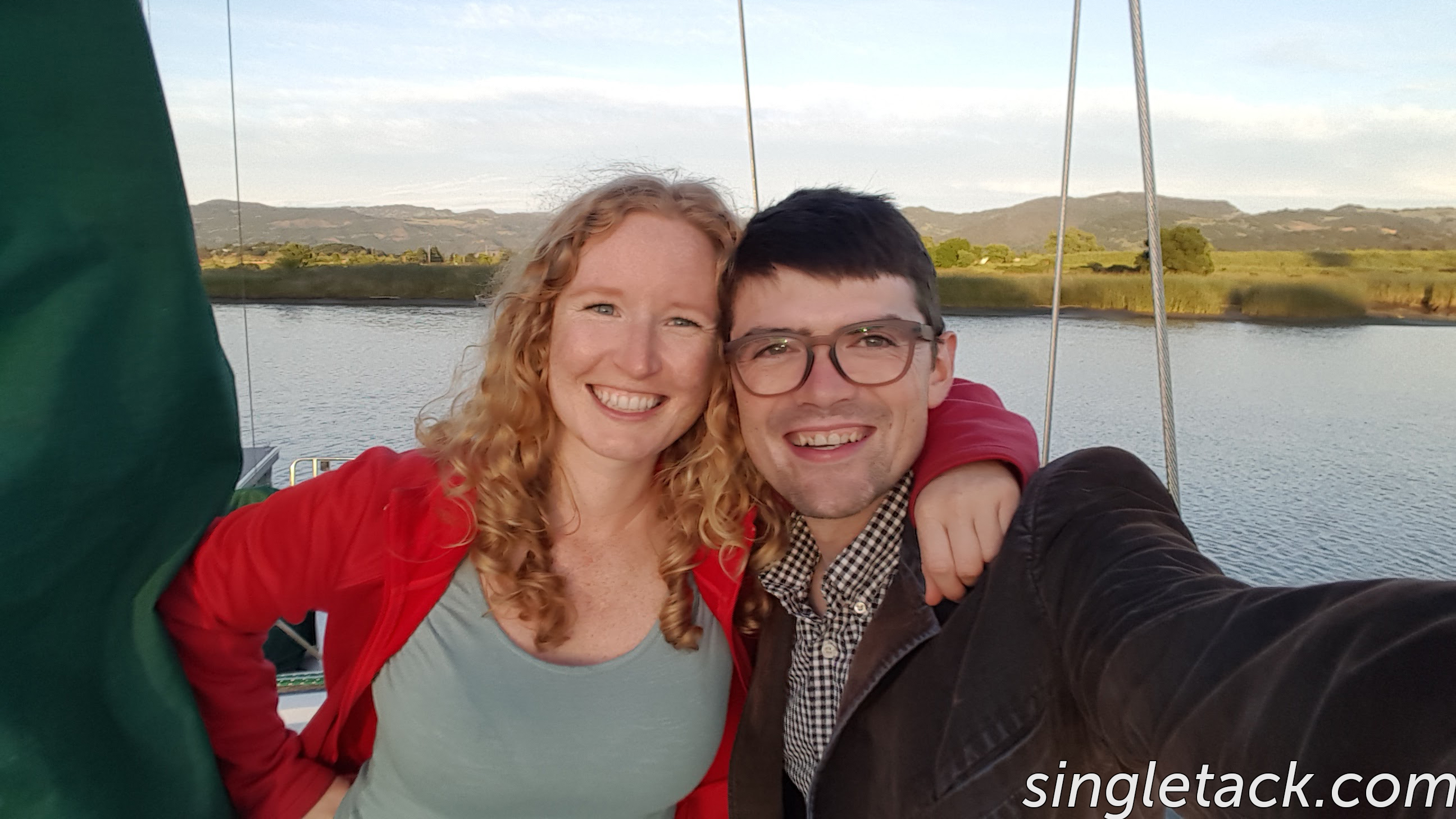 It was a classic Napa day, where our biggest problem was deciding which vineyard we wanted to visit to do a tour and tasting. We settled on Hendry Wines, because we were intrigued by the educational aspects of the tour. We had a late brunch, then took the 30 minute bike ride over. It was great to show up by bike, because we were the only tasters on the tour who did not need a designated driver.

As expected, the tour was beautiful and educational! We learned so much about the impacts of climate on the wine growing in the Napa Valley, the microclimates and the best wines for small elevation changes, the impacts of fires on the region, why some wines are better with oily food, and more. The tasting fee is waived with purchase, so we loaded up on our favorite wines of the day and biked out.

We stopped at an upscale grocer to get materials for dinner – nice steaks, horseradish, corn, and fresh bread – and then set up at the Yacht Club’s public grill space. We opened a bottle of Hendry wine, played a few games of bocce, and then grilled our fantastic dinner. 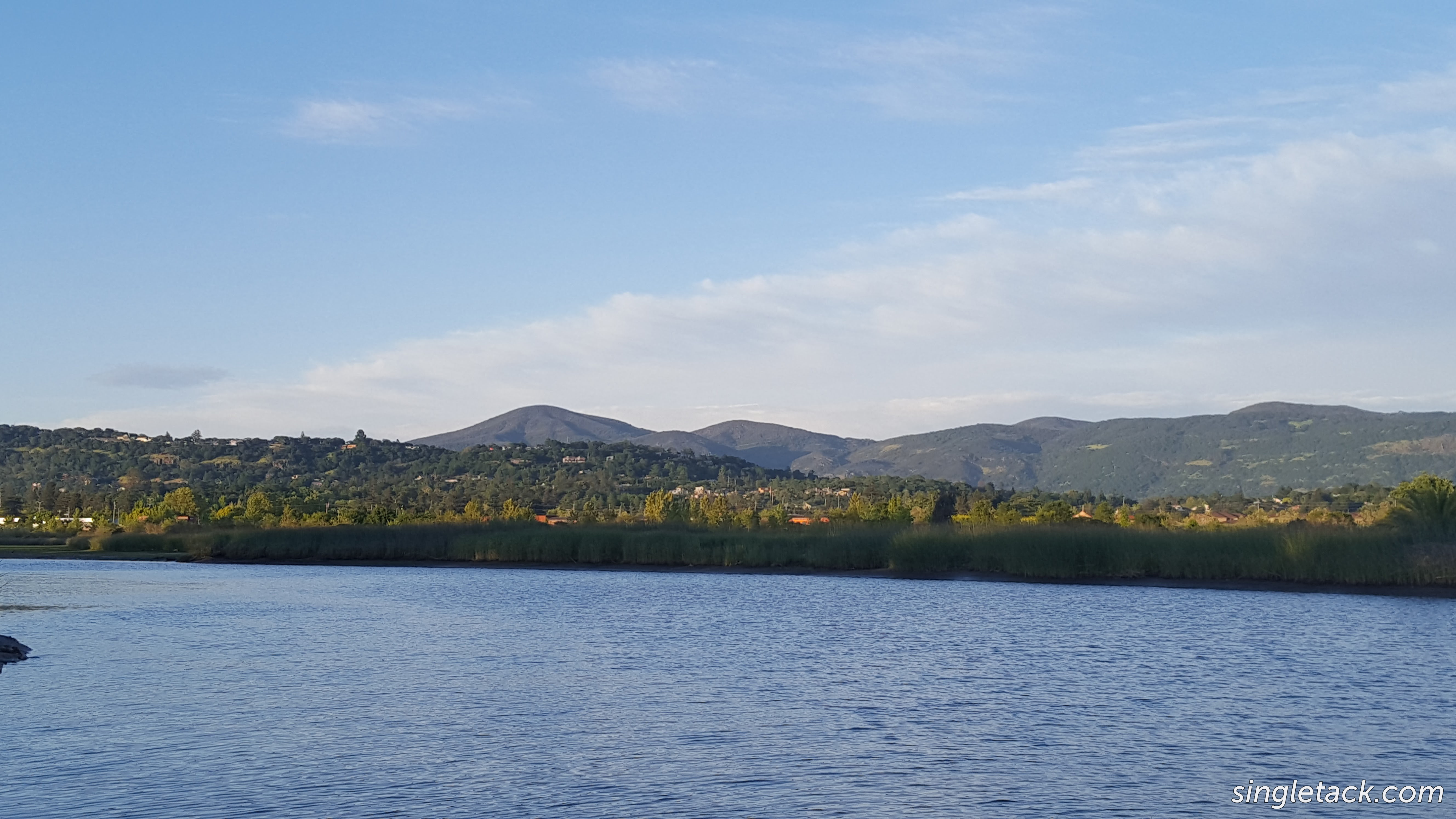 We woke up early on Sunday, to take advantage of the calm water in the Napa River. I put the swim ladder down to stand on it, scraped the old name off, and installed the new name. From “Whisky” to “Manzanita”. Once it was finished, we had a hearty breakfast and left the dock.

We motored down most of the river, but since the wind was at our back we raised sail before getting to the Mare Island Causeway. We killed the engine, and drifted down with the tide. When we got close to the drawbridge, we radioed ahead to ask them to raise it. We called a little too early, and they mistook a motor yacht for us, raising it unnecessarily early. That meant that by the time we were ready to pass under, it was starting to come back down.

We maneuvered quickly to tack back up the river, and did a series of short tacks waiting for the bridge to drop back down, a few cycles of traffic to go by, and then re-radioed to ask them to raise it again. They did, and we were through!

While the wind had been gentle in the river, San Pablo Bay was experiencing huge wind and wind waves. We reefed, but were still a little overpowered in the 25+kt wind coming from the southwest. Tired and windswept, the trip across San Pablo Bay seemed to take forever (and a lot of tacks), and getting under the Richmond Bridge was a relief. We flattened out and pointed home.